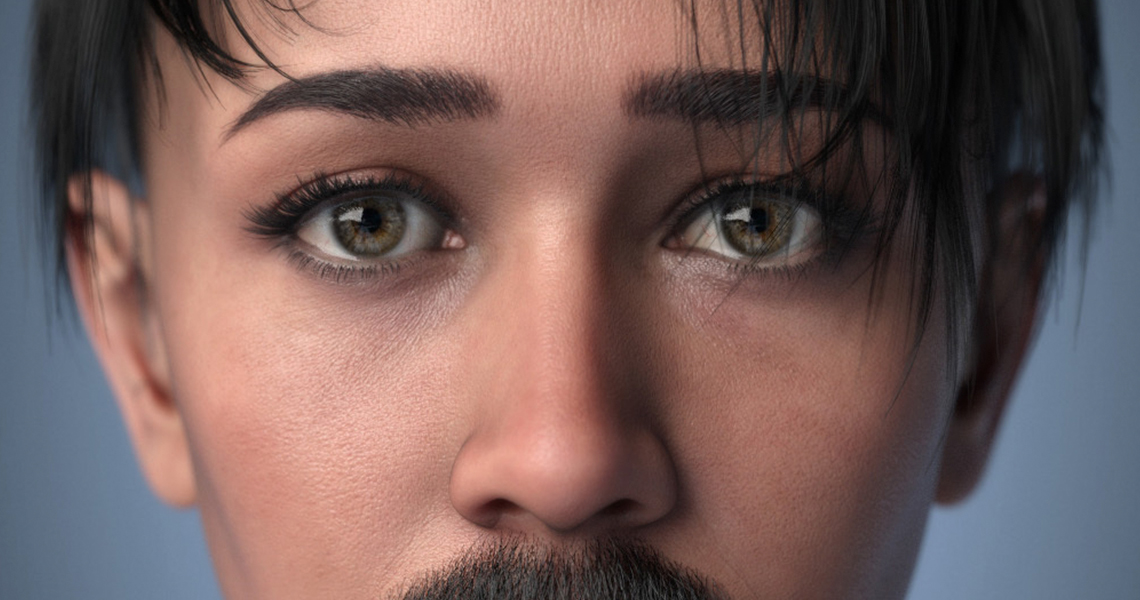 Daz 3D, a subsidiary of Tafi Co and a leader in 3D digital art, and the Institute of Digital Fashion (IoDF), a digital strategy and innovation institute that is a driving force in digital diversity and inclusion in the fashion industry, today released the first drop in their much-anticipated partnership, a non-binary and photorealistic digital double, Catty 8.1. This release was developed with queer team members to represent queer voices and build the foundation for these companies' longer-term partnership and the goal of IoDF's work with Daz, to shift characterization into representation. Catty 8.1 was released for Pride on June 28, to mark the anniversary of the Stonewall riots in New York City, and can be found in the Daz 3D marketplace.

Catty 8.1 is a gender-nonconforming digital double of IoDF's Creative Director and Co-Founder, Cattytay (she/they), sculpted and artistically realized by Daz and its most talented creators, while collaborating with IoDF on concepts and creative direction to authentically note the subtle codes of the queer universe. The bundles will also feature queer fashion at pivotal moments throughout modern LGBTQ+ history with references ranging from club culture to picket lines.

"As technology advances and our visual identities move more into digital spaces, we didn't want to keep iterating on the quality of our figures without properly representing people from all communities — forwarding our values of innovation and inclusivity in 3D art," said Matt Wilburn (he/him), President of Tafi and Daz 3D.

"Inclusivity must be thought of in the first stages of development, because it is much harder to 'tack on' later," said Breanna Kilpack (they/them), Production Coordinator at Daz 3D. "If we ask the important questions around representation at the start, we can spend more time inventing limitless realities."

"An important part of our work at IoDF is giving marginalized voices a space to be accurately represented and to push fairer representation. It was important to support the curation of this bundle for the queer space and for our queer community during Pride alongside Daz 3D," said Cattytay (she/they), Creative Director and Co-Founder of IoDF.

"With our GLo-CAL networks of makers and artists we have the ability to amplify these changes which starts by listening to those makers. We are the bridge between the industry, those that are using the tools and the developers of those tools; the software companies," said Leanne Elliott Young (she/her), CEO and Co-Founder of IoDF.

Together, Daz 3D and IoDF are seeking to activate change and propel digital diversity to ensure all underrepresented communities in the physical world are not left behind in the digital world. Cattytay's digital double is the first release in a longer anticipated partnership between Daz 3D and IoDF as they both work to champion digital representation within 3D content, fashion, and the larger expansion of the metaverse.