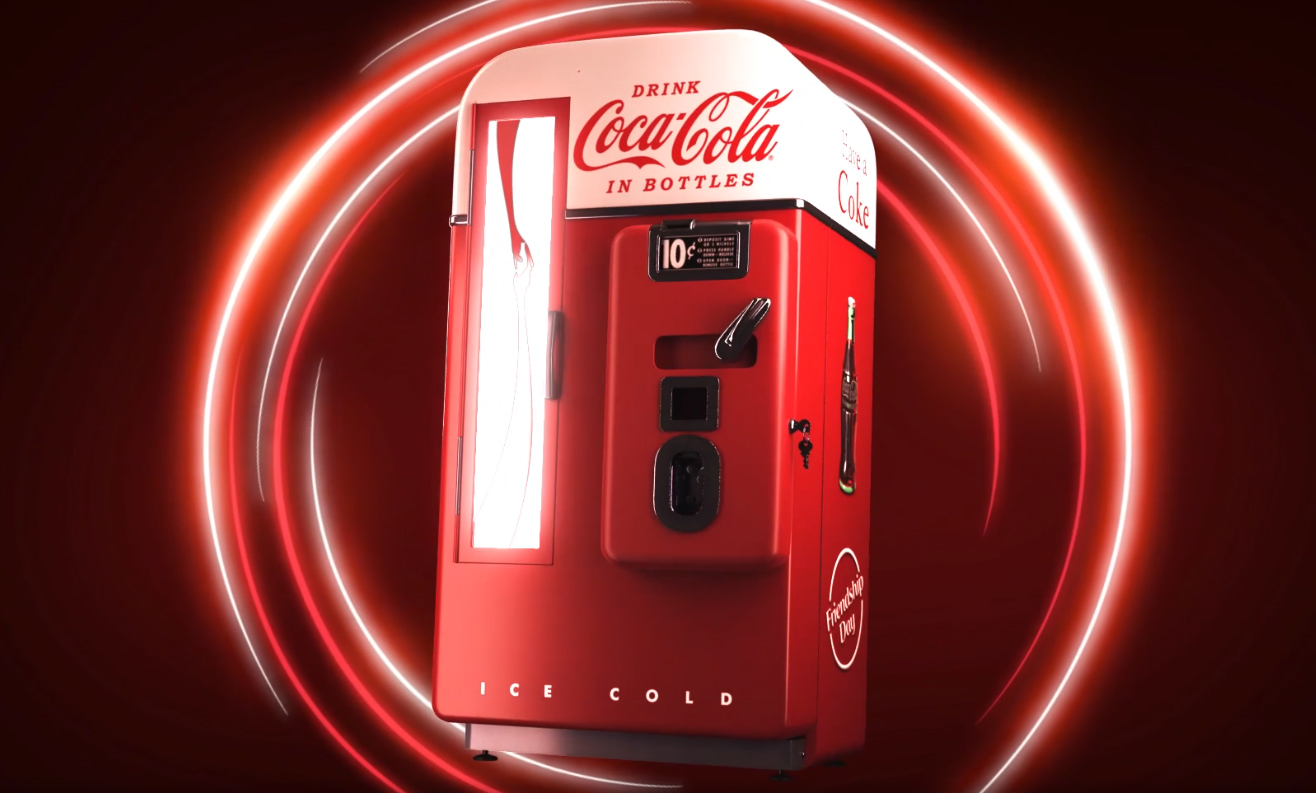 Tafi announced today that it has partnered with Coca-Cola® by designing virtual wearables for Coca-Cola's first-ever non-fungible token (NFT) collectibles offering in the "metaverse" to celebrate International Friendship Day on July 30th, Coca-Cola will be auctioning an NFT loot box on OpenSea, that contains Tafi-designed digital apparel that can be worn forever in the virtual world of Decentraland.

Tafi, a leading designer of avatars and digital wearables, is a digital strategy and development partner with Coca-Cola. Tafi worked alongside Coca-Cola to produce the NFTs, as well as Virtue, the agency by Vice, who developed the initial concept. Details of Tafi's involvement in Coca-Cola's NFT Lootbox can be found at https://maketafi.com/coca-cola-nft.

"Coca-Cola is one of the most collectible brands in the world, sharing its rich heritage with consumers through simple moments of joy for decades," said Selman Careaga, president, Global Coca-Cola Trademark. "We are excited to share our first NFTs with the metaverse where new friendships are being forged in new ways in new worlds, in celebration of International Friendship Day and in support of our longstanding friend and partner, Special Olympics. Each NFT was created to celebrate elements that are core to the Coca-Cola brand reinterpreted for a virtual world in new and exciting ways."

Coca-Cola collaborated with designers at Tafi on all the NFTs including the branded wearable apparel. Auction-goers can bid on the Coca-Cola Friendship Box, a reimagined version of Coca-Cola's highly collectible vending machine, itself an NFT, and once opened there will be three one-of-a-kind digital assets to own:

In the spirit of loot boxes, additional unique and valuable surprises will be unveiled exclusively to the auction's winning bidder when digitally opened.

"As digital artists ourselves, we recognize that the Coca-Cola brand and its enduring values have inspired innovators and artists across three different centuries. It's a thrill to partner with people who are filled with such creative energy and care about building fans in the metaverse," said Ty Duperron, Chief Operating Officer of Tafi. "This is truly history-in-the-making and it is our hope that this inaugural collection of Coca-Cola NFTs will delight and inspire fans and collectors for centuries to come."

Beginning July 30th at 12:01am UTC and ending on August 2nd at 8:00pm UTC, the Coca-Cola NFT Lootbox auction will take place over a 92-hour period on OpenSea, the global online peer-to-peer marketplace for NFTs. To learn more about the auction, visit https://maketafi.com/coca-cola-nft.